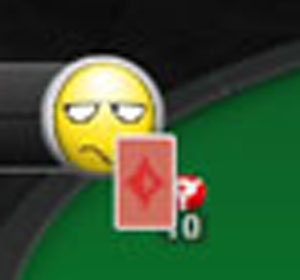 There are many suspicions against online poker room and it’s easy to find rumors about sites being “rigged” on poker forums. Is there any truth to this? That is the question for this article that deals with facts and conspiracies.

The outcome is unlikely – or is it?

Many players have experience that the game sometimes doesn’t make sense in aspect of likeliness. Things that doesn’t seem possible happens over and over and their conclusion are therefore, in some cases, that the poker room itself cannot be reliable.

Something must be wrong, some thinks. The algorithm that decides the cards dealt seems defunct or, even worse, fixed in some way.

The problem here is that it is very hard for a human to analyze and trace the total outcome of a random number generator procedure. The human brain cannot compare thousands of events, it’s just too hard to keep in memory. Yes, it can compare patterns, but it’s hard to know for sure that the pattern you see is what really happens.

It’s common that players misjudge and underestimate the long-term perspective in form of distribution. Some comes to the judgment that the poker operator is rigged because of a single hand, others after a very unlucky session. That is, of course, not enough to base any strong doubts. Strange hands and strange sessions in aspects of the card dealt is not really a proof of anything since the outcome in short terms can look very bizarre according to the laws of randomness.

Therefore, if you really want to see if the game is not fair and you get disadvantage by it, you must check that with the help of a software. A software like Poker Tracker can analyze your hand history with thousands of hands and tell you 1) if you are unlucky (or “being cheated”) by comparing your result with your EV; 2) if you are unlucky (or “being cheated”) by measure your hand distribution and compare how many strong hands you have got compared to what is normal.

The game is affected by fair distribution – or is it?

Fair distribution is here referred to a game algorithm that serves to make all players win and lose the same amounts in the long run. So, in reality it’s not really fair since it will help the weaker players on behalf of the stronger ones.

The rationality behind this theory is that it would be beneficial for the poker room if all players won and loose in a symmetrical fashion. Fewer players would be able to cash out winnings and the money would instead be transferred between players endlessly and maximize the rake generated.

Sure, this may be beneficial for the poker economy until the players realize the lack of winning prospect and stop playing. In the long run, it would rather damage the economy of the poker room.

In addition, all the big stars in the game that inspires other to play would also be extinct. All in all, if the entirely player liquidity won and lose the same, it would soon be much less players involved. The game needs their winners and pros to inspire others and make them try to copy their feat.

The card deck algorithm is manipulated to generate action – or is it?

It is a fairly common assumption that it is in a poker rooms interest that there is much action on the tables. By “action” in this case, we are referring to the case there two or more players have strong hands which will result in a big pot. A big pot will receive a higher rake, and consequently more revenue to the poker room.

This is only partly true. It is correct that the poker room gets its revenue from rake (and tournaments fees), but the fact is that there is a cap for the rake taken from a single pot. On PartyPoker for example, the rake cap on No Limit Hold'em cash game tables with $0.05/$0.10 is $1.

So, regardless the amount of action the card deck generates, the operator will in this case never receive more than $1. Some action will be good, of course, to reach the cap more often, but in the whole the “action conspiracy” can therefore be refuted by simple facts.

The poker room penalize you (with bad cards) after a cash out – or do they?

Some feel that if they are disloyal to the poker room and cash out some of their money, they will be stricken by bad cards for a time after.

This is not really the case. The technical reason that refutes this suspicion is that the random number generator is not individual an cannot be change to act different against a certain player at a certain time period.

And would it really be smart in the first place? Think about it. If you cash out your winnings and find proof that you being disadvantaged by doing it. You would change to another poker room, wouldn’t you? And this is even worse for the poker room, much worse, than a player making a withdrawal. So, it would be bad business for an operator to do this – if it would be possible – since if it would arise any suspicion, they could lose players.

This don’t mean that you only imagine a worse period after a withdrawal. It could be possible, but it could also be that before your cashed out you had a very good period – partly a reason for the winnings you choose to withdraw. Maybe some of the luck has turned to your disfavor – even skilled players are affected by luck.

Could the players' cards be revealed?