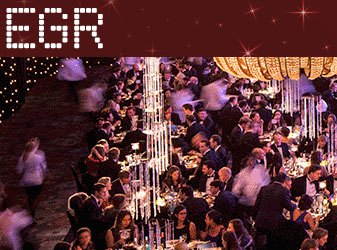 Since 2010 E-Gaming Review magazine have granted companies in the gaming industry. The winners are normally presented in October each year. The awards has included online poker rooms and all winners are listed here.

No motivation has been released for this year.

The motivation from the judging panel: "Provided many examples of their growth and improving returns from their customers, and showed a real mixture of improving the product and customer interaction, stitched together into an overall strategy. What resonated most was the piece about truly understanding the customer."

It is hard to say that give the EGR Award to PartyPoker in 2017 was wrong. PartyPoker vitalized poker online, not at least by arrange tournament after tournament with spectacular guarantees. It was hard to believe, but it seemed like a poker site actually could compete with PokerStars.

To give the award to PokerStars this year may have been disliked by some players since the VIP program controversies. Although, from a business perspective the site did really well. One reason may have been the increased rake – neither something that may been popular by some players.

PokerStars was awarded again. They had showed supremacy during the year. The total guarantees in WCOOP 2015 beat the old record from 2010 and players from over 100 countries did compete in the event. Still, the award might have gone to another operator if the EGR Operator Awards had been held later that year – the players at PokerStars were outraged after a large overhauled of the loyalty program was declared.

So, it was time for the industry giant to get top recognition from E-Gaming Review. During the year PokerStars had released a new software (“PokerStars 7”) and they had finally opened its door for casino games, and of course quite more impressive, they reach tourney number one billion. Worth mention, is also the success of Spin & Go that was introduced this year.

The EGR Awards was getting repetitive in the poker nominations, but it was nevertheless 888 that had the momentum. This year they did pass Party Poker for the first time in the number of players on the tables.

888poker did receive the price once again and although the site was a dwarf compared to PokerStars, it was 888 that was growing when the industry all elsewhere seemed to drop.

The choice was not surprising at all. 888poker had been in focus during the year by many reasons. They had more than doubled their players base by intensive marketing and $8 no deposit offer to new players.

In 2009, PKR was seen as one of the innovators in the poker online industry. They had niche themselves by a 3D graphic software that didn’t look like any other poker room. PKR was also showing their muscle by being well expose from marketing in many channels.