The aggression factor in poker 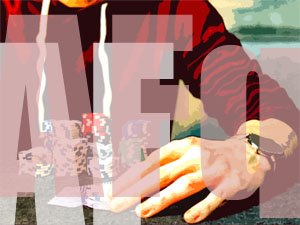 In poker, aggression is beneficial in many situations. An aggressive player will often perform better than a passive in the long run. This article explains why.

If you are using a HUD (heads-up display), your aggression factor will be shown in numbers based on your bet and raise action. This is measured in frequency, not on the size of your bets.

Folds are not counted in AF, but there is also aggression frequency, abbreviated AFq. The number it represents is calculated: (bets + raises) / (bets + raises + calls + folds) * 100.

Calculated aggression and how it’s done

Aggression wins small and big pots. The small pots are often won by the simple fact that a player bet and the rest is folding. Winning many small pots will in the long run be important for the result.

Aggression wins also big pots and this can be seen in some more complex ways. By being aggressive, your table image will change. Other players will probably observe that you routinely bet and raise, therefore, they will not be sure that you have a great hand when you finally get one. That means you will get more callers and by that winning bigger pots with your great hands.

The important thing is to bet in every suitable spot, aggression can win the pot immediately or (provided you have a strong hand) make the pot bigger.

Methods for aggression 1: The C-bet

One standard way of being aggressive in poker is to use the so-called C-bet (Continuous-bet). A C-bet means that after you have raised pre flop you follow up by raising again directly after the flop. The concept is to raise consequently in a high frequency and also when you don’t hit the flop. By doing this you will simple win many hands, by raising pre flop you will thin out the field and among the rest none will in most cases improve with the flop.

The exact frequency you will use for your C-bet can be as high as 90%. In other words, you raise after the flop 9 out of 10 times if you have been raising pre flop (the situation changes however, if someone is 3-betting you). Some players C-bet 100%, but this is not optimal since they became predictable. A 90% C-bet frequency is also pretty much and it you prefer 80% that can perhaps be as good – it all depends on how the opponents adjust.

Methods for aggression 2: The value bet

Some players get cautious on the river and only check after their opponent have checked. For example, you hold A-J and the board is A-5-7-2-3. You play heads-up and your bet was called after the flop, you bet on the turn and it was called again. Now, on the river the opponents checks to you the third time.

Many players avoids betting here because they are not sure they have the best hand, perhaps they are fearing a check-raise as well. The thing is, in most cases they will not be check-raised since this is relative unusual and most often their opponent has a weaker ace or a weaker pair.

Yes, sometimes your opponent may check-raise and you may have to fold, but in the majority of cases you will get another call by weaker hand. In these cases, a small value bet will win you extra money that will contribute to your total winnings.

Bet as often as you can when it’s legitimate

The one who bets the most wins. Cards just break ties.Sammy Farha

For example, raising with an open straight draw can be a strong play. Here's why:

Since poker is a complex game, aggression makes sense because it works on several levels.

How to achieve successful loose-aggressive poker