What makes poker to a game of skill? 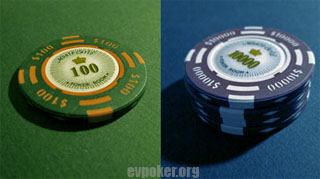 The luck versus skill factor in poker is well-known, but the question is also controversial. In 2018, a court in India decided that poker is a game dictated by pure luck. The conclusion made in the Bombay court was influence by a common flaw: the tendency to focus on the random outcome in a single hand and miss the influence by skill in the long run.

Poker is almost only luck in the short run

A world-class player can lose a hand to a beginner. He could also lose more or win less than a beginner during a session that lapse over several hours. He is more likely to win money than the beginner in a one-hour session, but there is no certain he will.
You simple can’t beat a player if you happened to be dealt bad cards. Sometimes you can win anyway by bluffing, but bluffing seldom work if the opponent’s hand is really strong, or simply that the opponent tends to be curious and want to play the hand to showdown.

So, the true is, the cards that are dealt randomly will in a high degree decide the outcome in the short run.

But in the end, the result will clearly show if a player is skilled or lack skill in the game. Since, there is a big random factor in each hand, the difference can be delayed – a well-known source to frustration by many habitual poker players.

You can never say exactly when it will be shown in the result who is the better players between two persons. It is a sooner-or-later-fact, but you can never be precise.

Why is it a game of skill?

The reason poker must be seen as a game of skill is that you can influence the outcome beyond the cards you are dealt.

One way of doing it is by the method called bluffing. Bluffing is not done capricious by good players, the bluff is based on many aspects, such as the likelihood that someone has hit cards on the table depending on the board texture (a poker term for the characteristics of the cards on the board) and the opponent’s style of playing. A good player doesn’t bluff frequently against an opponent who is prone to call many hands. The best players can memorize the actions from other players and from that create “a profile” that let when exploit the opponents.

The second big method to affect the games outcome away from its pure randomness is the ability to win more than the opponents when you have a strong hand and lose less when you have a weak hand. To use a parable from the world of trading, a good player knows when it’s time to buy and when its better to wait for another opportunity.

A third factor that distinguish players and affect the outcome is their knowledge about odds. Poker is a mathematical game in a certain degree and therefore must be pursued with a logic approach. There is no use to invest in events that are unlikely to happen, such a call for the half size of the pot when your hand only will improve by the next card in 1 case out of 10. Many weak players don’t act from a logical perspective but from a curious-driven one.

A fourth important aspect is the ability to exercise in self-control. Poker is for certain a mentally testing game and players that get upset during a game will likely do more irrational decisions. The professional player has been through sessions of bad luck so many times that he is no longer sensitive in the same way. This is sometimes exaggerated, the professionals sometimes depicted as persons that cannot be upset by anything. Even the very experienced player can be frustrated and even do some misjudge play because of that, but he will not likely go completely crazy and play every hand just to take avenge on his misfortune.

How to play against beginners and regs

The prospects of winning