Levels of difficulty in Texas and Omaha 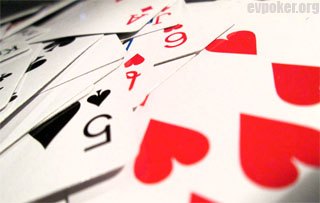 Omaha is sometimes presented as a complicated variant of poker, because of extra possibilities that comes with the four cards in the starting hand. It is of course a rather complex game, but the fact is that Texas hold'em is more complex in a comparison.

If you only look at the rules, you can argue that Omaha is more complicated than Texas hold'em. In Omaha, there are some specialties concerning the combination of the card on hand and the card on the board that takes some time to comprehend.

The rules, however, will be learned in a relative modest time, and could thereafter be dismissed as a subject. It is by a comparison of the strategically diversities that Texas hold'em could be seen as the more complicated game.

Poker is a game of imperfect information and that leads to difficulties about making good decisions in lots of situations. If you look further into this circumstance, you can determine that the most difficult decisions are to be made when it’s many close possibilities to choose from. In Texas hold'em, these circumstances will happen more often than in Omaha.

Let’s say you have K♠-J♥ and the flop comes 8♣-T♠-K♣. You bet, and all players fold except one player that raise. Let’s say you play in a tournament and it’s an early stage and therefore you know nothing about your opponent. Your alternatives are to fold, call and re-raise. This is not an easy decision, but it’s a common situation in Texas hold'em.

In Omaha, on the other hand, you will not face these situations very often – at least not on tables with many players. It could be argued that Omaha “begins” with two pairs; before you get two pairs, there's seldom a good reason to get seriously involved in the hand.

Because of this, you can automatically get away from many situations that involves the most possibilities and makes the decisions the hardest.