Personalities and playing styles in poker 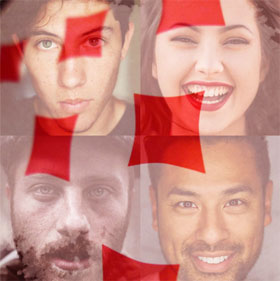 In poker, is the personal character echoed in the way a person play? The answer depends some of the player’s skill. In general, seasoned players will not let the personality be reflected in their playing style. Beginners and intermediates, on the other hand, which are less aware on the subject, will often let their personality be exposed in the way them act and the other way around.

An extrovert person is often also more adventurous and therefore more willing to take the risk involved. That personality seems more likely to enjoy the experiment that are implied in bluffing with the environment.

How females and males differ in risk averse

According to studies, it has been seen that females have a higher risk aversion than males. Also, married persons are generally more risk averse than non-married.

It hard to do anything more than speculate how this would be reflected in a game like poker. Still, it’s reasonable to believe that female players would do few large big bets and raises without solid holdings. The same hypothesis could accordingly be made for married persons.

Poker is about gamble, and perhaps that is one of the reasons why the game is traditionally dominated by men.

On a professional level

On a professional level it’s not very common to see people play according to their personality. Since seasoned poker player are very good at observe playing styles and build a playing type profile around all possible information, it would be disastrous for a player to act in a way that mirrored his personality.

A professional player who knows he is introvert in real life are aware of the fact that he must practice a balanced game that include portions of aggression and bluffs. And vice versa, an extrovert professional player knows that he must be able to be precautious in many circumstances. For a skilled player, the strategical insights will dictate the acting much more than underlaying tendencies of personality.

The most apparent ways to notice how the personality is reflected in a professional player is perhaps in aspects of creativity versus mathematical approach. Some poker players rely much on being creative in their game. They are trying more starting hands and will experiment more with representing bluffs based on psychology. Some other players with a predominantly mathematical approach will rely more on odds knowledge and decision tree supported thinking.

It could absolutely be worth to study your opponents when playing live poker and in some degree make decisions based on assumptions concerning their personality. But beware, are you facing a skilled player, there is a risk that you will be fooled in your attempt to match his playing styles with his character.