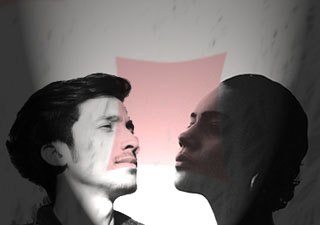 The poker tables in brick and mortar casinos and in online poker rooms are largely crowded with male players. Why is it so? There are many reasons, not at least psychological; this article should dive into these.

Are men better at poker than women?

At High Stakes Database there is a constantly updated list with the biggest winners in online poker. The top 50 are all men. Perhaps even the top 100, but since many players are only represented by screen names, their real names are not known and it’s hard to be sure.

At The Hendon Mob there is a corresponding list concerning the biggest winners in live tournaments. The first female player on the list, Vanessa Selbst, turns up on the 51st place (at the time this article is published).

So, are men in fact better at poker or are they only more exposed among the biggest winners because of their majority?

Why men often get better than women in poker

We make the statement here that men actually are better. But not based on such things like a higher IQ or being better in adapting strategical concepts. Instead, we can point at some psychological aspects which all are associated ...

More men than women are monomaniacs

To be a monomaniac, you should be focused at one specific thing and let that thing take up a very big part of your life. This is something that is true for some men, but very seldom for females.

To become really good at something you must do it for a thousand of hours and almost every day. Some men just put most other things away and do their one thing. Women seldom do this, they don't sacrifice the rest for one thing.

And even if the male person isn’t unsocial he is, in general, more prepared to give up parts of his social life compared to his female counterpart. And to be really good at something as demanding as poker, a game with tons of strategical concepts and tactical details, you need to sacrifice other things in life. You must, to some degree put a thing, the game of poker, before people.

Men are prepared to gamble – with their life

From an evolutionary perspective, there are obvious reasons a woman should be responsible and never forgot to maintain the home and take care of the children. To put all commitments away and focus on a special thing, like poker, is against their nature.

Men, on the other hands, are then evolutionary matters are discussed often described as adventurers. They skip their commitments for taking upon hazardous adventures. Risk is part of their nature.

This person seems, by some reason be prepared to gamble with his life. He goes all-in with this thing, poker. The majority of men that take that gamble will not succeed, but some definitely will.

Men are, by nature, more prone to do the colossal time-investment that are necessary to become masters in a field that really cannot qualify to something else than a lustrous adventure far beyond everything that can be called commitment. This monomaniac, all-in behavior is on the other hand not a tendency that is easy spotted among females.

Personalities and playing styles in poker

What makes poker to a game of skill?